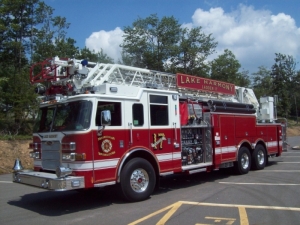 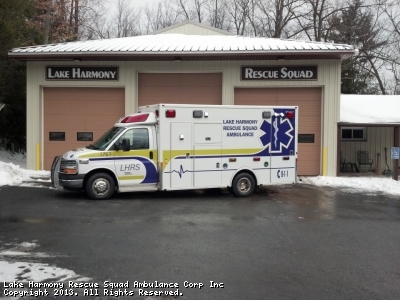 In 2017 the US spent a shattering $306 Billion in disaster costs. View the links below to protect yourself and your loved ones.

How to Drive Safely Before, During and after a Storm.

Disaster Recovery: Getting the most from your Homeowners Insurance

Organize and Prepare for Disasters

2016 Emergency services Person of the Year 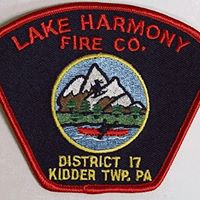 Mr. Darrow was nominated by Chief Ralph Lennon
Ed Darrow became a volunteer fire fighter at the age of 18, when he joined the Weldon Fire Company in Abington Township, Montgomery County. During his 25 years of active fire-fighting for the organization, he served on numerous committees and as one of their lead drivers.
In 1990, Ed relocated to Montgomery Township, where he was starting his own business, and joined the Colmar Volunteer Fire Company which was then replaced by the Montgomery Township Fire Company. While helping to establish the new fire company he allowed them to house one of its pumpers at his new business. After 2 years of his generosity, Ed took it upon himself to erect a new building which would continue to house the fire engine. After that generous donation, he helped secure another site close by where the fire company eventually constructed their 2nd permanent fire station.
Not only has Mr. Darrow served his local communities, he served his country as well. In 1966 he joined the Army, attending flight school in Texas and Alabama. In 1967 Ed was deployed to Viet Nam as a helicopter pilot, after his tour he was awarded the Distinguished Flying Cross, the Bronze Star and the Air Medal with Clusters.
In 2011, Ed came to Kidder Township and joined to the Lake Harmony Volunteer Fire Company. Today he serves as the Chief Engineer, responsible for the operation and maintenance of all fire-fighting apparatus and the Vice-President of the Board of Trustees. 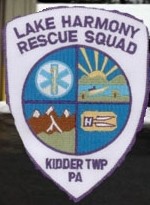 Ms. Lanum was nominated by Scott Wuttke, Director Operations LHRS
Kerril Lanum is an Emergency Medical Technician and has been a member of the Lake Harmony Rescue Squad for 9 years. She has an associate’s degree in Fire Science Technology and is the Assistant Operational Manager at the LHRS station.
She began her career as a teenager volunteering for both the White Haven Ambulance and the White Haven Fire Company. Growing up she had role models that shaped her into the person she is today. She has learned to be kind, fair, and respectful.
Kerril’s free time is spent enjoying dance and teaching young students. She also volunteers at Eckley Miner’s Village re-enacting historical scenes based on the area’s history for visitors. Her typical work week consists of a 36-hour shift on the weekends, picking up additional hours during the week to fill open shifts. At the age of 26 she is always willing to put the needs of her community before her own.
One recent ambulance call was for a patient in cardiac arrest. Upon arrival, Kerril immediately began CPR chest compressions and the patient was prepared for transport to the area hospital 40 minutes away. With only the assistance of a volunteer, Kerril continued to give repeated cycles of 30 chest compressions and two breathes all the way to hospital. There was no way she was going to give up on this patient. Upon arrival to the hospital, the patient was admitted to the ER, along with Kerril for treatment for exhaustion. It was later learned that the patient survived thanks to Kerril’s heroic efforts.
Kerril’s dedication, compassion and performance truly exemplifies the critical role of the Emergency Medical Technician.